Community and business leaders attend the 21 Gun Salute in York in honour of the Queen’s 96th birthday. Image: Lalit Sood

More than two dozen South Asian community and business leaders from West Yorkshire attended the 21 Royal Gun Salute on behalf of York Garrison at the Museum Gardens in York to honour the Queen’s 96th Birthday, today.

It is tradition for The Queen to celebrate her birthday privately with family. However, as a public acknowledgement, Royal Gun Salutes are fired at saluting stations at key locations in England, Scotland, Wales, and Northern Ireland.

In 1971, the city of York was granted the honour of being a saluting station, on the 1900th anniversary of the city. At midday, gun salutes were heard at Hyde Park, the Tower of London, Cardiff, Edinburgh and Stirling, County Down in Northern Ireland, and York.

Gun salutes are fired in York to celebrate various Royal occasions. At today’s event, the 21 Gun Salute was fired from guns at noon at a time interval of 10 seconds by locally stationed units of the Royal Artillery.

The Queen’s birthday was celebrated on 21 April with a Royal Gun Salute. Image: D Matt Allen/MoD Crown.
More than two dozen community leaders and businessmen and women from West Yorkshire were invited by Colonel Nigel Rhodes Deputy Commander of 4th Infantry Brigade and HQ North East and his team to join in the special occasion.

Guests were invited to tour the gardens, watch the gun salute from private seating and a light lunch was provided for those who weren’t fasting.

The Army also provided dates for those observing Ramadan to break their fast with at Iftar this evening.

The event was particularly important this year as gun salutes for The Queen’s birthday had not been heard for two consecutive years due to the pandemic. This year also marks The Queen’s Platinum Jubilee, celebrating seventy years as the UK’s ruling monarch.

“The community and business leaders of Bradford have been incredibly supportive of the work we deliver. In this special year, of Her Majesty the Queen’s Platinum Jubilee, it is important that in collaboration with the South Asian communities, with their strong history of support, we share the occasion together. It is a great privilege for me to work with such fantastic people.” 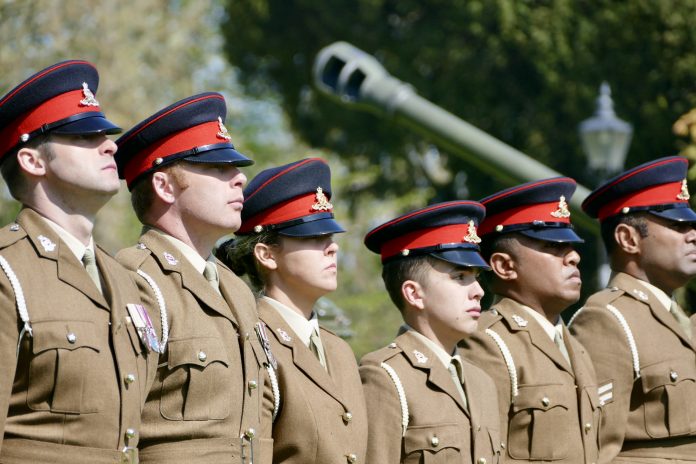 Asma Iqbal, partner at Chadwick Lawrence law firm in Leeds, said: “It was an honour to be at the 21 Gun Royal Salute in York this afternoon. It was an honour to be invited and I was touched by the fact that they looked after their Muslim guests who were fasting. Knowing that we wouldn’t be eating, they ordered dates for us to take away for us to open our fast tonight.

“It was an amazing afternoon, we witnessed the gun salutes, we met Col Nigel Rhodes, Deputy Commander, of the 4th Infantry Brigade & HQ North East and many other commanders and engagement officers. It was amazing to see the inclusivity of Black, Asian and Minority ethnic people in the Army because we don’t normally get to see that.”

Rashpal Singh Sagoo, director of Box Media and co-chair of Sikh Alliance Yorkshire, said: “It was a delightful day at the 21 Gun Salute in York. It was great to meet the Army and Col Nigel Rhodes. It was a great opportunity to learn about the culture of the Army and how it ties into the Queen’s birthday celebrations.

It is the first time in two years that the guns had not been heard for two consecutive years due to the pandemic. Image: D Matt Allen/ MoD Crown.
“I wasn’t sure what to expect but it was a lovely networking opportunity for people from Bradford and Newcastle. I was taken back by the Gardens and escorted by the soldiers where we had named seating and a view of the guns. The soldiers were very helpful in explaining the etiquette and that the events were being held simultaneously across other locations.

“The Sikh community have a lot of synergies with the Army and there is a handful of Sikhs within the military division. I couldn’t see any today, I was looking out for a soldier with a turban, but it was nice that Col Rhodes understood about the Sikh regiments and contributions over the years.”

Dr Manoj Joshi DL, chair of Bradford Economic Partnership, said: “I am very proud and honoured to have attended Her Majesty’s birthday celebration in York, it was great to see the diversity reflected at the event.

“We watched the Royal 21 Gun Salute followed by a light lunch for those who weren’t fasting. I expected nothing less than the excellent treatment that we received.”