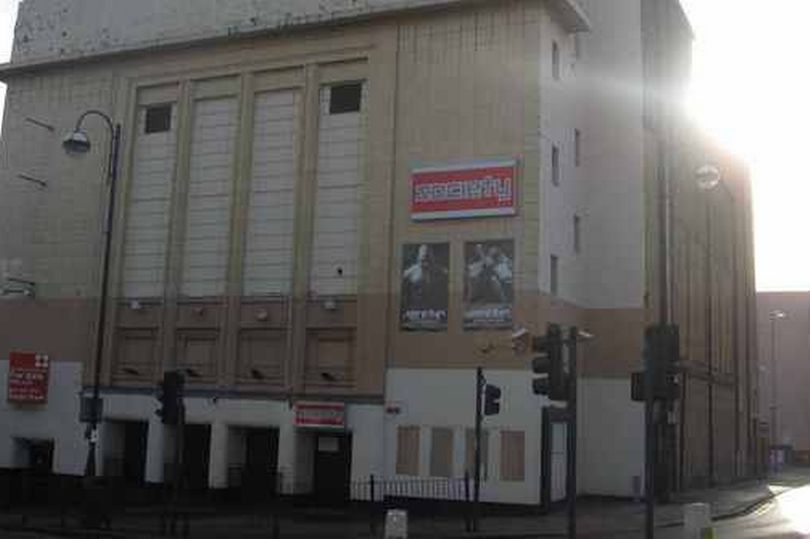 TAXPAYERS could face a five-figure bill after councillors delayed ruling on a planning application which may endanger Kingsgate 2.

Simmy Sekhon yesterday took his proposal to convert the Palace Theatre into student flats to the Planning Inspectorate after Kirklees Council failed three times to make a decision.

“I’m very upset with the way my application has been handled. There has been a systematic abuse of the process,” the 38-year-old property developer told the Examiner yesterday.

“Our application has always met all the criteria and has always had the recommendation of planning officers.”

Mr Sekhon bought the Palace Theatre on the corner of Kirkgate and Venn Street for £350,000 in November 2011. The Leeds-based businessman submitted an application the following month to convert the historic venue into flats for 87 students as well as a bar and a restaurant open to the public.

The development could endanger the council-backed plan to expand the nearby Kingsgate Centre.

W D Huddersfield has had outline planning permission since 2008 to demolish the Palace Theatre – except its facade – to make way for a £40m extension.

Kingsgate 2 would increase the shopping centre by 50%, creating 23 new stores and up to 900 jobs.

Mr Sekhon is unhappy after the council’s Huddersfield Planning Sub-committee delayed making a decision on his student flats plan.

In April councillors voted to defer the application to allow time for a traffic assessment – even though Kirklees officers said this was unnecessary because the residents would be students without cars.

Last week the sub-committee voted again to delay a decision after receiving an objection on a faulty computer file just two days before the meeting.

“It’s unusual the way that the deferments have occurred,” said Mr Sekhon.

And the businessman revealed yesterday that there had been another delay in March.

He explained that the then-chairman of the sub-committee Clr Donald Firth decided in late February that the Palace Theatre plan should be on the agenda for the March 8 meeting.

But the application was pulled by the council’s head of development management Simon Taylor before the agenda was published on March 1.

Mr Sekhon said: “We questioned as to why the application had been removed and we came up against a brick wall.

“If this is a transparent process then it was very unusual that we didn’t receive the reasons.”

Three weeks later the council and W D Huddersfield announced they had signed a memorandum of understanding about Kingsgate 2.

Mr Sekhon yesterday asked the Planning Inspectorate to decide on his application on the grounds of non-determination by Kirklees. A hearing could take place in November.

Mr Sekhon said yesterday that he would demand costs from the council if he won – a bill which could run in to tens of thousands of pounds.

“If the sub-committee were to hold a meeting to discuss my proposal then I would hold off on my application to the Planning Inspectorate.

“I already own the Kirkgate Residence on Oldgate and I wanted to develop the next part of the area.

“I like the Palace Theatre. It’s a historic building which should be converted.”

A Kirklees spokeswoman said: “The application was validated by the local planning authority on December 16, 2011.

“As a major application the time period for decision, as set out in the Town and Country Planning Order is 13 weeks.The target date for determination was specified as March 16, 2012.

“If no decision is made by the target date the applicant can appeal to the Planning Inspectorate.

“The first available date the application could have been reported to sub-committee would have been March 8. Officers were not in a position to prepare a report for this agenda in which all material considerations could be addressed.”